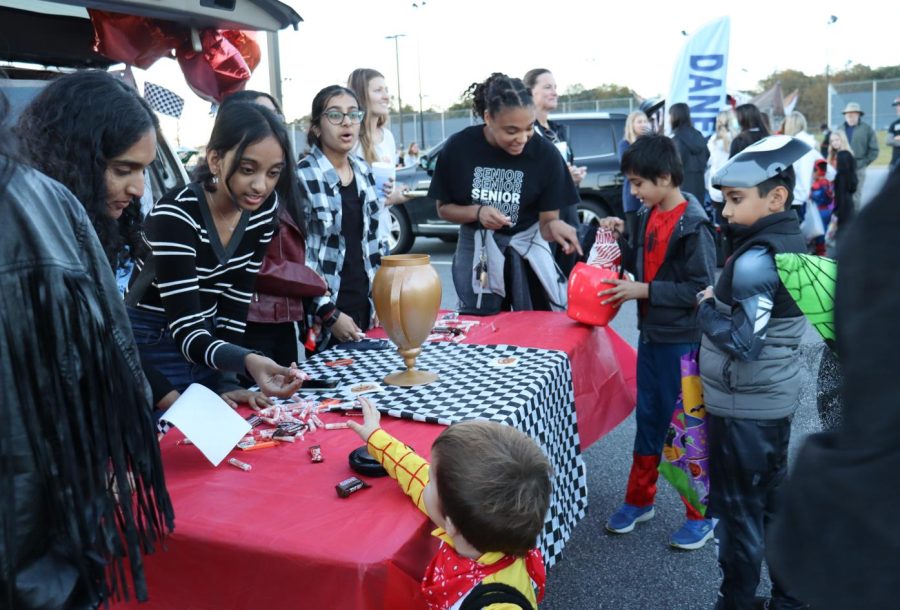 October: A Month in Review

October has been an action-packed month here in Dane Nation. We’ve put our names in Denmark’s history and accomplished some amazing things. Our October victories have truly shown what Dane Pride is all about.

The Denmark football team secured three wins this month, all at homecoming games which earned them the title of “homecoming crashers”. The Danes kicked the month off right with a win against Forsyth Central and at South Forsyth, as well as securing a victory at our very own homecoming game against Lambert. The Danes are currently on a six-game winning streak and they don’t plan on stopping! Be sure to support the football team as they finish up the season! Go Danes!

Our Varsity Softball team ends with a regular-season win against Forsyth Central at their last region game. They were able to grab the lead in the fifth inning to defeat the Bulldogs. Their victory put them on their way to State Playoffs. Jessie DeNardo hit two home runs at State Playoffs, but this unfortunately wasn’t enough to lead the Danes to a victory. Despite their loss, their hard work and victories in the regular season made it the best softball season in Denmark’s history.

Students were more excited than to arrive at the homecoming dance this year, especially since there hadn’t been one last year and many underclassmen had yet to experience a homecoming dance. Many students enjoyed the fact that the dance was held outside, allowing for more room to dance and socialize. The energy from the parking lot was immaculate and the faculty who organized it, like Mrs. Warren, were happy to see their months of planning and hard work pay off.

The Varsity Volleyball team had some huge milestones this month as well. In addition to having two of their players be awarded Athletes of the Month last month, four of the Danes made the 6-AAAAAAA All-Region team. Courtney Graham and Dominae Jordan received a first-team award, Ella Collier received a second-team award, and Emerson Aber received an honorable mention. In addition to these individual successes, the Varsity Volleyball team secured a win and made it to State, making the team the first state team in Denmark history. Congratulations!

Our Veterinary Science and Horse Judging competition teams landed safely in Indianapolis last Wednesday to prepare for their competitions. The Veterinary Science team finished as a gold team placing 8th in the nation. The Horse Evaluation team finished up as a silver team with Dasha Mead and Delaney Foster earning silver individually, and Megan Bunker and Sarah Williams earning bronze.

We ended a great month of October with some festive Halloween activities here in Dane Nation. Our Trunk or Treat was a huge success! Many teams, clubs, and honor societies enjoyed the chance to interact with so many people. Many students had exciting and eventful weekends celebrating Halloween with parties, trick or treating, and hanging out with friends.

As we reminisce on our outstanding October achievements, we have a lot to look forward to this coming month of November. We are finishing up our football season with a final home game against West Forsyth tonight. Basketball season is also starting up, so be sure to come out and support the Danes on the court! Here’s to a great month Dane Nation!