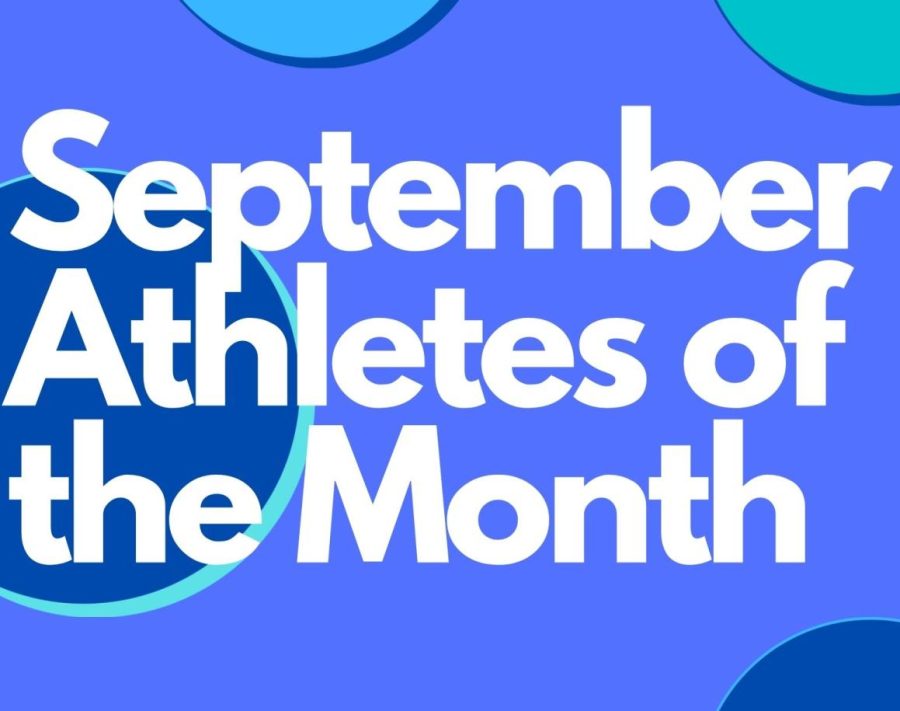 September Athletes of the Month 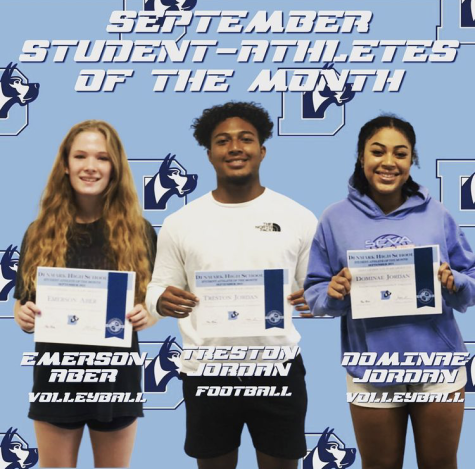 There are three athletes that received the award for Athlete of the Month in the month of September. Emerson Aber, Treston Jordan, and Dominae Jordan were recognized for their athletic prowess and achievements. This award was rightly earned by these athletes who trained, practiced, and executed their roles perfectly.

Aber and Jordan, who are both juniors, play volleyball and recently reached a huge milestone in their sport; Aber reached the record of 1,000 assists and Jordan reached 1,000 kills and 1,000 digs.“It’s a big deal to reach 1,000 kills in your junior year and I’m not done yet, I’m still going,” expressed Jordan. Jordan’s position as Outside Defensive Specialist means being responsible for the digs, kills, and passes made during a game. Aber has just as hard of a role; she’s the setter and needs to know when to set, who to set to, and what type of set the team needs. “I want to keep pushing and exceed that number,” exclaimed Aber, referring to her milestone achievement. Both of these Lady Danes have risen to the challenge and exceeded them.

Treston Jordan, senior, is a safety on the football team. He is responsible for guarding the receivers as well as being the last line of defense to guard against the opposing team’s score. His amazing performance this year has not gone unnoticed as he’s been reaching new heights for himself. “I was grinding every day in the summer with my teammates and the coaches. I worked for countless hours and it was all for that moment,” said Jordan, “I feel very honored and blessed to have received this award.” Jordan has committed to Georgia Southern and will continue to play football there.

Our Dane Athletes have done an amazing job of pushing themselves to be great and our sports teams wouldn’t be the same without them. Let’s make sure we give our support to them as they prepare for their next games! Go Danes!